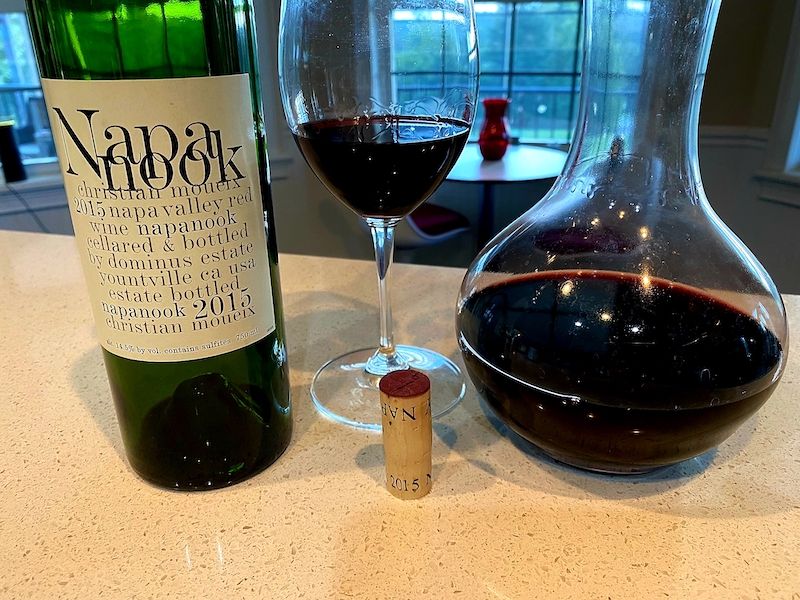 The other night I decided to pair one of my favorite wineries in Napa with a childhood favorite recipe.

I remember learning how to make a mini pizza with an english muffin in my junior high school home economics class. I took the recipe home, and my mom and I used to make them together.

I haven’t made them since. Fast forward 40 plus years. I was looking for some easy recipes to make on busy nights and could pair with a simple salad to make a meal. I remembered the English muffin “pizzas” I had made so long ago, and that they were pretty darned tasty and super easy to throw together. So, for a quick Sunday night supper I decided to give it another try. 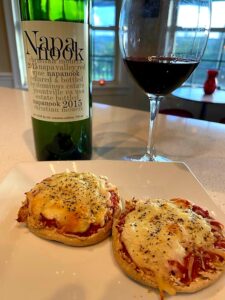 I used whole grain english muffins for a healthy twist. I added some of my favorite marinara sauce, some onion, mozzarella and parmesan, and topped it off with some Italian seasonings and popped them in the oven. P.S. If you’ve never made these fun little tasty treats, be sure to toast the muffins first to keep them from getting soggy. Then add the sauce and whatever toppings you like, and put them in a 400-degree oven for about 15 minutes! As they say, easy as pie. Not that I think making a pie is necessarily easy!

Before beginning the “pizza” process, I had a bottle of 2015 Napanook decanting. Dominus is definitely one of my favorite Napa Valley wines. I’m a big fan of Bordeaux wines (who’s not???), so the Napa (New World) winery of Chateaux Petrus is definitely my style!

Napanook is Dominus’ second label. What is a second label wine? Well, top wineries and chateaux blend together their best grapes’ juice to produce their best possible wine for the Grand Cru or “first wines”.  What do they do with the remaining juice???  Many of them make a second wine. Usually made by the same winemaker in pretty much the same way as the winery’s famous wine, the big difference is that the juice for the second wine is often from younger vines or the second press. Although these wines may not be AS complex, balanced and sublime, they ARE a lot less expensive!  It’s a great way to try big name Bordeaux or other famous wines without the big-time price tag. 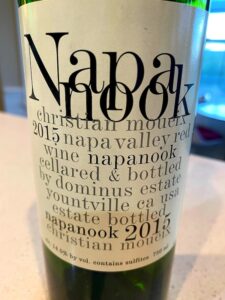 The 2015 is a blend of 93% Cabernet Sauvignon, 4% Petit Verdot and 3% Cabernet Franc. On the nose are plum, violet and notes of licorice. The medium plus body is silky and lovely to savor in the mouth. The plum is also on the palate, along with dark cherry, chocolate and a touch of spice. The tannins are super smooth and the wine is beautifully balanced. I could drink this wine every night!!!

Perhaps it wasn’t the perfect pairing with my childhood mini pizzas, but it worked. Plus, my husband and I had the rest of the bottle to enjoy as dessert.

There was only one thing better about the meal than this stunning wine; the memories I enjoyed of my mom and me making this cute little meal together. I only wish that she was still here so that she could have joined us!

To discover more about Dominus, Napanook and their wines, check out their website here: 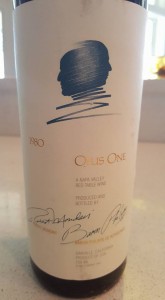 Drinking a great old vintage of wine can be a lot of fun, and can also take us back in time. I love thinking of the grapes growing and the people who picked them. I also think of the winemaker and his or her challenges during that vintage. It’s also enjoyable to think about what I was doing that year. How old was I? Where was I living? What was I doing?

Last night my husband and I invited some friends over to share a bottle of 1980 Opus One. Founded as a joint venture between Baron Philippe de Rothschild of Château Mouton Rothschild and renowned Napa vintner Robert Mondavi, Opus One’s goal was to create a Bordeaux style blend based on Napa Valley Cabernet Sauvignon. The other four Bordeaux varietals (Merlot, Cabernet Franc, Petit Verdot and Malbec) are also used. They use grapes from some of the most well respected vineyards in Napa. The winemaking, however, is modeled after the techniques of Bordeaux. This happy marriage produces some of Napa’s finest wines, and is known as being America’s first ultra-premium wine.

Interestingly, the 1979 and 1980 vintages were unveiled together in 1984 as Opus One’s first release. The co-winemakers were Lucien Sionneau from Château Mouton Rothschild and Robert Mondavi’s son Tim, who founded Continuum Estate (also an ultra-premium wine) with his sister Marcia Mondavi Borger in 2005.

I was very excited to experience one of the first vintages of such an iconic winery!

I feared that the 1980 might have TOO much age on it, but my fears were unfounded. There is still some of the fruit, but it has developed into a lovely and well evolved complex pleasure! On the nose are leather, cocoa and some green pepper. On the palate are dried plum, cherry and earth, and the finish is long.

What was I thinking about while drinking this wine? I was thinking about the fact that I was just beginning my senior year of high school when the grapes were being harvested and that I was almost done with college when it was released. While sipping we searched some facts about 1980 and found that it was a leap year, the number one song was “Call Me” by Blondie, “Dallas” was the top show on TV and “Kramer vs. Kramer” won the Oscar for best picture.

We also learned last night that the 1980 Opus One is drinking beautifully and we are all going to search for more!

Oh how I love France.  I’ve been a Francophile since I can remember, and it only increased after catching the wine bug.  I’m blessed to have traveled to France many times exploring many of their wine regions, but I have yet to go to Bordeaux.  Well this past week, Bordeaux came to me! 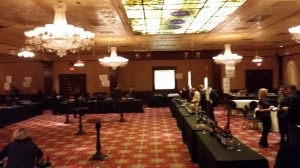 More than 30 chateaux from Bordeaux stopped in Orlando during their “North American Tour”.  This night’s tasting was sponsored by ABC Fine Wine and Spirits.  Representing these chateaux were owners, winemakers, marketing reps and some distributors.  None of the First Growths were there for tasting, but many of the other Growths, as well as some lovely Cru Bourgeois and fabulous wines from the Right Bank!

Almost all of the wines being poured were from the 2012 vintage.  Here are some of my favorites of the evening:

2012 Château Pichon-Longueville Baron (2nd Growth from Pauillac) – Winemaker Jean-René Matignon was pouring his lovely 2012, which is comprised of 80% Cabernet Sauvignon and 20% Merlot.  On the nose are tobacco, forest floor, blackberry and black cherry.  The palate has the dark fruit, cassis and vanilla.  The finish seems to go on and on and on. 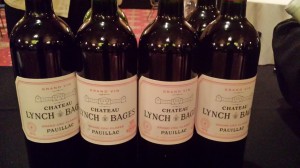 2012 Château Lynch-Bages (5th Growth from Pauillac) – This needs time, but oh it will be worth the wait.  Made from 71% Cabernet Sauvignon, 26% Merlot, 2% Cabernet Franc and 1% Petit Verdot, some earth and licorice come through on the nose.  The palate is rich and yet fresh, with dark fruit and a touch of baking spices. 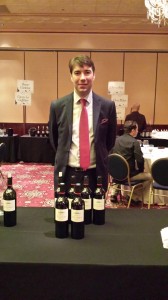 2012 Château Clinet – From Pomerol on the Right Bank, this wine is a blend of 90% Merlot, 9% Cabernet Sauvignon and 1% Cabernet Franc.  With aromas of cherry, wet earth and licorice, the palate explodes with black cherry and blackberry.  There is a hint of chocolate on the finish as well.

2012 Château Gazin– Again from Pomerol and considered one of the great wines of Bordeaux.  Christophe de Bailliencourt, the delightful Co-Owner and Co-Manager of Château Gazin, was pouring their lovely wine.  Gazin is located in the eastern part of the Pomerol plateau.  The 26-hectare vineyard adjoins the vineyards of L’Evangile and Petrus.  On the nose are cassis, blackberry and smoke.  Chocolate covered black cherry and the cassis and blackberry come through on the palate, leaving a long and lush finish. 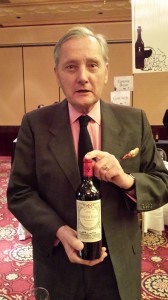 Truthfully, there wasn’t a dud at this tasting.  I wish I had room to write about them all.  Perhaps I’ll do that as they have more time in the bottle.

Meanwhile if this tasting comes anywhere near you and you’re a lover of the wines of Bordeaux, don’t miss it.  For me it was a night that won’t be forgotten.  I have a feeling that my next adventure in France will include a visit to Bordeaux!