Our second day in Walla Walla was an adventure.  We first headed to an area southwest of Walla Walla, which was the home to many fine wineries with lovely tasting rooms, and surrounded by beautiful vineyards.  This area is what I expected in Walla Walla.  It is what I had pictured while planning our trip. 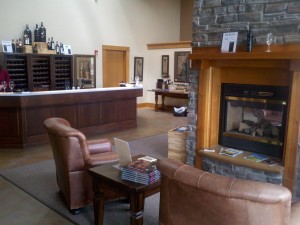 Northstar was a great place to start.  The tasting room was absolutely beautiful, with an impressive sitting area adorned by a big fireplace.  How cozy it would be to sit and have a glass of wine there on a cold winters day.  They also have a great patio area for the summertime.  The view is splendid and they serve food on the weekends.  One of my clients is a big fan of Northstar, so it was a must stop.  The wines were very good.  They are known for their excellent Merlots, but I fell in love with their blend Stella Maris.  The ’07 is a blend of 35% Cabernet Sauvignon, 29% Merlot, 28% Syrah and 8% Petit Verdot.  For the price of $29, I thought that it was a great deal.  We also bought a 2007 Syrah.  We know that we can get their other wines at home, so opted for a bottle that was sold only in the winery.

Our next stop was Pepper Bridge Winery.   Pepper Bridge is also the name of one of their highly respected estate vineyards, located in the Walla Walla AVA.   They are known for their Cabs, and they didn’t disappoint.  I especially enjoyed their ’07 Cabernet Sauvignon Reserve, with the grapes coming from both the Pepper Bridge vineyard and their other estate vineyard Seven Hills.  I got lots of dark fruit on both the nose and the palate, but loved the obvious terrior coming through.  This was a great wine and I couldn’t resist getting one for the $75 price tag. 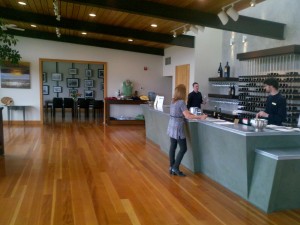 Our last winery stop of the day was Amavi, the sister winery of Pepper Bridge.  This was my favorite tasting ROOM of the trip.  I loved the modern look of the building on the inside and the outside.  The view?  All I can say is WOW.  It was just breathtaking.  The personnel here must look forward to coming to work each day.  Not only are they pouring outstanding wines, but they’re facing a beautiful view of vineyards and the Blue Mountains.  Spring Release is THIS weekend, so they only had two wines for us to try.  They were both great.  We bought a bottle of the 2008 Walla Walla Syrah. I’m a Syrah lover, and this didn’t disappoint with nice berry fruit along with some spicy pepper and licorice.  It also had that meaty nose I love so well.  We’re planning on taking them up on their great case shipping deal, and will be ordering more soon. 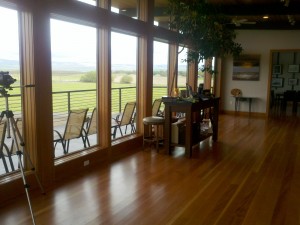 We were starving, so we headed to the Marcus Whitman Hotel to eat at The Marc.  We were too early to eat in the restaurant (before 6pm), so decided to instead eat at the bar in The Vineyard Lounge.  We were very well taken care of by Matt, and ordered off of the dinner menu.  Our food was fabulous.  The guy next to us was munching on the Sea Salt and Vinegar Pub Chips, served with a Sweet Onion Dip.  We had to give those a shot for starters, and were thrilled that we did.    For our main courses I had the Forest Mushroom Lasagna and my husband had the Filet of Beef.  The selection of local wines by the glass was awesome, and Matt was there to guide our way!  It was probably our favorite meal of the trip.  We went back to our B&B full and happy!

Next Up:  Final Day in Walla Walla 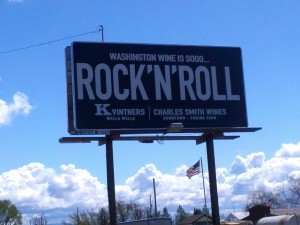 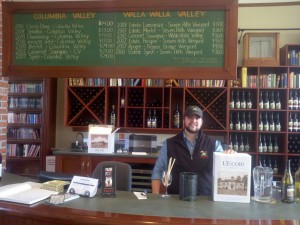 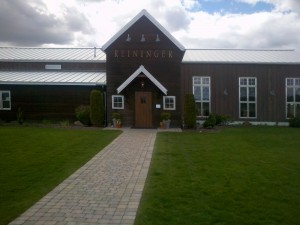 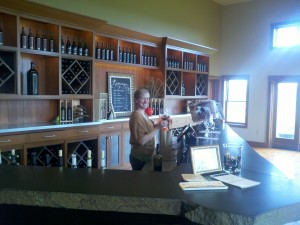